THE FIRE THIS TIME

This is how we live here. This is America. Every few years, like a volcano building up its purchase, we blow. The molten intensity of racism, injustice, authority, and humanity collide and in an instant we are reminded that for everything that has changed, absolutely nothing has changed. 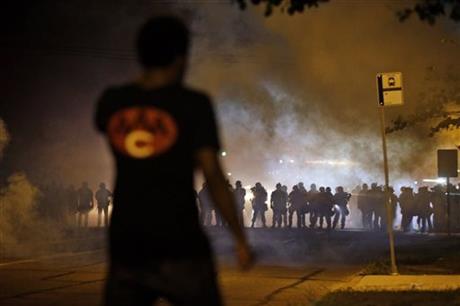 This time it’s not in the South. It’s in the Midwest. The heartland. But if you are unfortunate enough to be a black citizen of Ferguson, Missouri, it’s the heartlessland. It’s hell. It’s a place where black citizens overwhelming lead the population, and have no say whatsoever in services, schools, or in their lives. Blacks make up 65% of the community, the Ferguson Police Department has three black police officers. I think there may even be one of them in this photo, but who can be sure, when this group looks less like police and more like Seal Team Six. 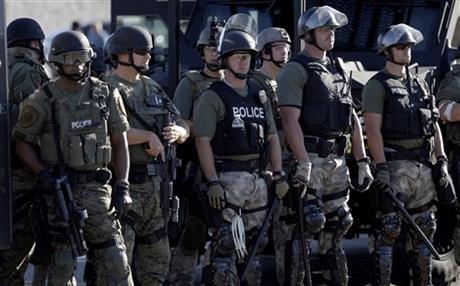 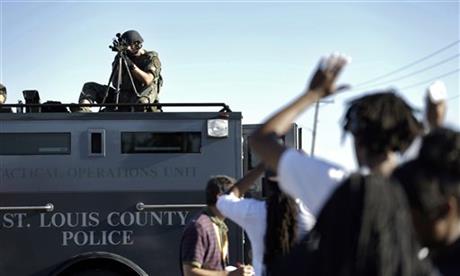 Where one young man, Michael Brown, was a profiled suspect a few days ago, an entire town of black faces are now a collective Public Enemy number one. After the tear gas and rubber bullets; after the lootings and arrests; after a half millennia of highly imbalanced oppression, the only question that the people of Ferguson, and black Americans in all fifty states have is “Why”?

To be sure, it is a why for which we expect multiple answers, because this why also represents multiple questions? 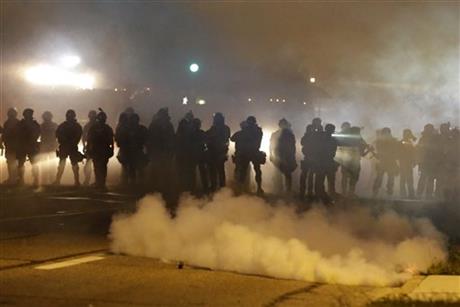