WHY HASN’T OBAMA CURED RACISM YET?

This is a terrible time for racial relations in America. Many in the nation are crippled by fear of immigrants (mostly the brown ones), voting rights have been restricted, schools are highly racially segregated, police kill a black male every twenty-eight hours – and, failing the police, white private citizens armed to the teeth can “protect” themselves with deadly force – and often do, usually (statistically speaking), to end the life of a brown person. We are about as post-racial now as we were at the height of Jim Crow. It is a time that would benefit greatly from the leadership of a charismatic, prominent, black person. Not just any black person, he or she would have to be powerful. Someone with influence and the ability to call press conferences, cut into live television on major networks, and even travel to the places most in need of attention and racial healing. Oh, if only there were… wait a second… What about this guy? 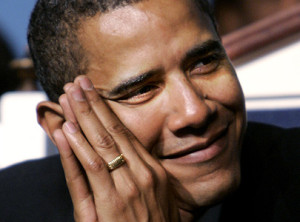 Yeah, he seems like the guy who should do it. So why isn’t he? Obama is six years into his presidency, why hasn’t he cured racism yet? If anyone is in a position to say something profound on the subject of race, you would think it would be the first African American President, but other than a few sound bites during his presidency, he’s been MONUMENTALLY quiet on the subject of race since this:

This was the incident that would forever doom President Obama’s chances to ever again have an intelligent, progressive discussion about race in this country. It may have doomed all of our chances. A refresher: In Cambridge, Massachusetts, in July of 2009, Harvard Professor Henry Louis Gates was trying to open his jammed front door after returning from a trip to China. A neighbor reported to 911 that a possible break-in was in progress, because in broad daylight, a 60-year-old-black man (whom is, incidentally, also a world-renown scholar and television personality – and I’m guessing, the only one of that kind living on that street) was trying to open a door with his golf club… sketchy. Days later, Gates would return to the caller and say, “Thanks, neighbor, for being such a dick.”

Anyway, Cambridge Police Officer James Crawley was the first to arrive on scene. He and Professor Gates had some harsh words to each other and Professor Gates was arrested on his front porch. President Obama, a friend of Professor Gates, and also a black man himself (shh!), had an opinion on the controversy and voiced it:

“Now, I’ve – I don’t know, not having been there and not seeing all the facts, what role race played in that. But I think it’s fair to say, number one, any of us would be pretty angry; number two, that the Cambridge police acted stupidly in arresting somebody when there was already proof that they were in their own home. And number three, what I think we know separate and apart from this incident is that there is a long history in this country of African-Americans and Latinos being stopped by law enforcement disproportionately. That’s just a fact.”

Many people, including some I’m related to, voiced their displeasure and disgust that the President would dare involve himself in such a pedestrian racial dispute. This was simply “not his business” and he “should just keep his mouth shut”. With pundit criticism at fever pitch President Obama invited both Professor Gates and Police Sgt. Crawley to the White House Rose Garden for what would be called the “Beer Summit”, as the three men discussed Gates’ arrest and racism in general. It was a major public relations disaster for the young Obama Administration and they’ve done their best to keep their noses out of racial politics since.

Since then, occasionally, mostly when absolutely unavoidable, President Obama has had to chime in on the most notorious of racially biased cases of his two terms.

On Trayvon Martin: “You know, when Trayvon Martin was first shot I said that this could have been my son. Another way of saying that is Trayvon Martin could have been me 35 years ago. And when you think about why, in the African American community at least, there’s a lot of pain around what happened here, I think it’s important to recognize that the African American community is looking at this issue through a set of experiences and a history that doesn’t go away.”

On The Supreme Court overturning the Voting Rights Act: “As a nation, we’ve made a great deal of progress towards guaranteeing every American the right to vote. But, as the Supreme Court recognized, voting discrimination still exists. And while today’s decision is a setback, it doesn’t represent the end of our efforts to end voting discrimination. I am calling on Congress to pass legislation to ensure every American has equal access to the polls. My Administration will continue to do everything in its power to ensure a fair and equal voting process.”

I’ll spare you the Coulter link this time, but so far nothing substantial has been done to stop the tide of Southern states “modifying” their voter registration laws, though there has been lots of talk.

On Jordan Davis: (nothing found)

On Renisha McBride: (nothing found)

On Eric Garner: (nothing found)

On Ferguson, Missouri: “There is never an excuse for violence against police or for those who would use this tragedy as a cover for vandalism and looting… There’s also no excuse for police to use excessive force against peaceful protests or to throw protesters in jail for lawfully exercising their First Amendment rights.”

Other than Trayvon Martin and the voting rights, President Obama has overwhelmingly steered clear of discussing race. The hope that a black President would help bring still-existing-though-ignored racial grievances to the fore has long ago disappeared. Stand your ground laws and police profiling are still very common. The wealth and unemployment gap between whites and blacks continues to rise. Spanish Speaking Immigrants and Blacks are public enemies numbered one and two – or two and one, respectively, it really depends on the day. While the public that elected him waits for a rally from the man they once-viewed as potentially the most progressive President in history, President Obama, usually and unfortunately remains silent.

Is there really any difference in President Bush not visiting New Orleans after Katrina and Obama not going to Ferguson? The saddest thing about it is, when he’s not being a shrinking violet, he’s more than capable of leading the discussion on race with gusto and authority. This was Senator Obama on race:

It’s probably the best speech of his career, the speech that was the most Presidential before him actually becoming President, and the most aggressive in expressing the point that racial “unity” – for lack of a better word – is imperative to the advancement of this country. This speech, for many, in comedian’s parlance, was the time that Obama sincerely “killed” the audience. This was his White Album. Purple Rain. His Statue of David. This was the speech that got him the most pussy.

That Obama is gone. The question now is “was he even elected President?” Or did he just exist for that one perfect moment? A moment in which, we listened. A moment in which, you have to believe turned people to his favor who were not before. It’s a moment that may have won him the election. The Obama in that moment was the mature father this nation needed to hear. He shared with us the personal racism in his family and faith and begged us all to grow the hell up. It was the physical embodiment of The Audacity of Hope and we believed the FUCK out of it.

As a President, is it safe to say that Obama has failed on race? Sometimes it certainly feels that we’re all further apart today than we were in 2008. As Ferguson, Missouri searches for answers and tries to heal, why can’t the President march with protestors as Highway Patrol Chief Ron Johnson has done? Why can he not even visit? Is it really because of this guy? 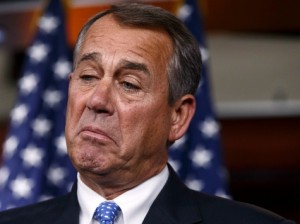 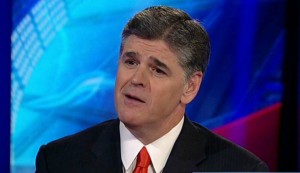 Fuck these peeps! With about a year and a half left, there is still time for President Obama to do something truly monumental. I’m talking LeBron going back to Cleveland, Lando Calrissian running a whole space city, Wu Tang getting back together – HUGE! The GOP, Tea Party, and right wing have made a point – without actually making a point – that President Obama’s race is the major reason they oppose him. At this point, he needs to run with it. Own it like Shaft, and take no half-steps. They’re just gonna shoot Obamacare full of holes until he gets out of office anyway, so why shouldn’t the legacy of the first black President be to basically be Chuck D in the White House? Let’s not kid ourselves, there are not going to be any other African American Presidents anytime soon. President Obama needs to find his inner Luke Cage, kick some ass, and get back to the same plucky attitude that a community organizer from Chicago had, when he really believed his work could change the world. I would bet, like when he made that monumental speech on racism seven years ago, even conservatives couldn’t fault him for being that awesome.