This week the nation recovered from what could only be described as a non-event, when Kanye West walked up to the stage during Beck’s acceptance speech for winning the Grammy Award for Album of the Year. Kanye thought better about it and returned to his seat. Still, the rest of the world went apeshit. Mr. West would later say that he didn’t think Beck should have won, but all anyone really talks about is how that crazy Kanye just can’t stay in his seat.

Given the career boost, he gave Taylor Swift, when he interrupted her during VMAs a few years ago, we should all be glad Kanye didn’t say anything. I didn’t hear a single cut off of Beck’s recent album and frankly I’m not ready for a Beck resurgence. Apparently, some people agree with me, because after Beck’s win, and despite not being really interrupted by Kanye at all, someone changes Beck’s Wiki to read that he stole the award from Beyoncé. At the same time, someone whom, we can assume is all the way Team Beck posted this photo, which went viral. 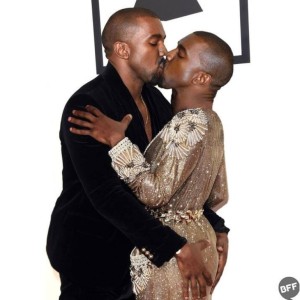 “They get their chops on stage, so their theatre game is tight,” Lee said of British actors. “Here in America, they’re not doing the work, you gotta put the work in. You gotta take class. Same thing with music. People do a music video and they think that means that they know how to perform onstage in front of a live audience; it’s two separate things.”

A rather broad misassumption when you consider that most African American actors who make a long-term commitment to the career are actually quite trained. From what I’ve noticed when it comes to “black films” and “black television”, casting people aren’t as interested in hiring the best actors as they are in hiring the most beautiful people available. If it’s not about hiring glorified models, then they hire rappers, musicians, or some other dubious celebrity.

Could it be that the enabling of this so-called British invasion is the result of a prejudice of some kind against Black Americans? Are you seriously telling me that our finest schools of acting are no longer turning out qualified Black actors that can play slaves? I refuse to believe that’s possible. For the record, there’s plenty of Black actors working in theatre, unfortunately (or not) for many of us, that’s all there is. There’s nothing about British actors, black or white, that make them more “refined”. The perception that somehow Black American actors aren’t “putting in the work” is ridiculous. They’re not being considered for the work! We still live in a system when Black actors are still fighting over the token roles in film and TV. Often, only one person of color is allowed, and if you’ve ever been in the waiting room for an audition for one of those roles, you know how much the actors in those rooms feel like they have everything on the line. As far as movies are concerned, Black British is the new Black American. And Indian is the new Black British.

One of Malcolm X’s daughters, Ilyasah Shabazz, has said that it is okay for white people to use the n-word as long as Black people continue to.

This has long been a debate among black and white Americans, which has only intensified recently. Having the child of one of the most significant African Americans in history give ill-advised white people a pass on this – during Black History Month, no less – is unfortunate and frankly, gonna get some poor fool hurt.

Thankfully, most white people would never use that word… at least not in front of an African American. But the ones that really want to now will be like, “Well, Malcolm X’s daughter said it was okay.” I wonder if Malcolm would be more upset with this or that he was once portrayed by Mario Van Peebles.